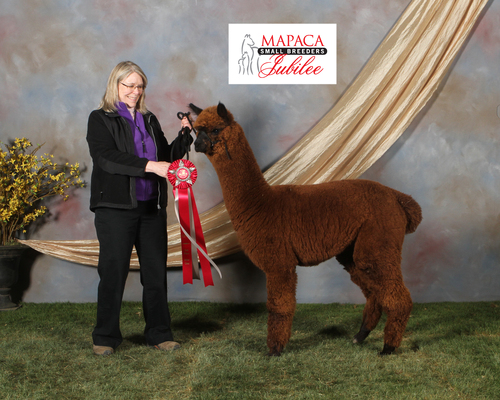 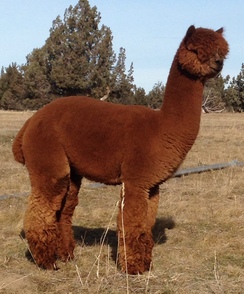 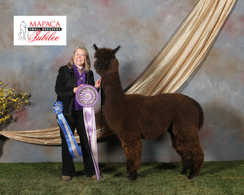 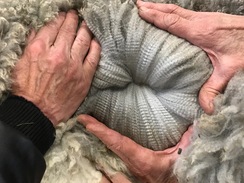 Ask a question
Details
Congratulations to Chet, Jennifer and Gavin Thompson on their purchase of Isabelle!
Isabelle is an excellent foundation girl from Flying Dutchman's breeding program! She is a rich brown with dark points. Her dam is a banner winning dark rose gray Bisturi granddaughter, and her sire is Rembrandt son, Dark Warrior.
Isabelle has been shown 3 times and placed 2nd in two small breeder shows and 6th in a large class at the MAPACA Jubilee. Her conformation is perfect, and her fleece is dense and quite uniform.
Isabelle has lots of grey in her pedigree, so we bred her to light silver grey Champion ROMEO of Barron Hills!
Consider this girl to bring color, especially grey, into your herd.