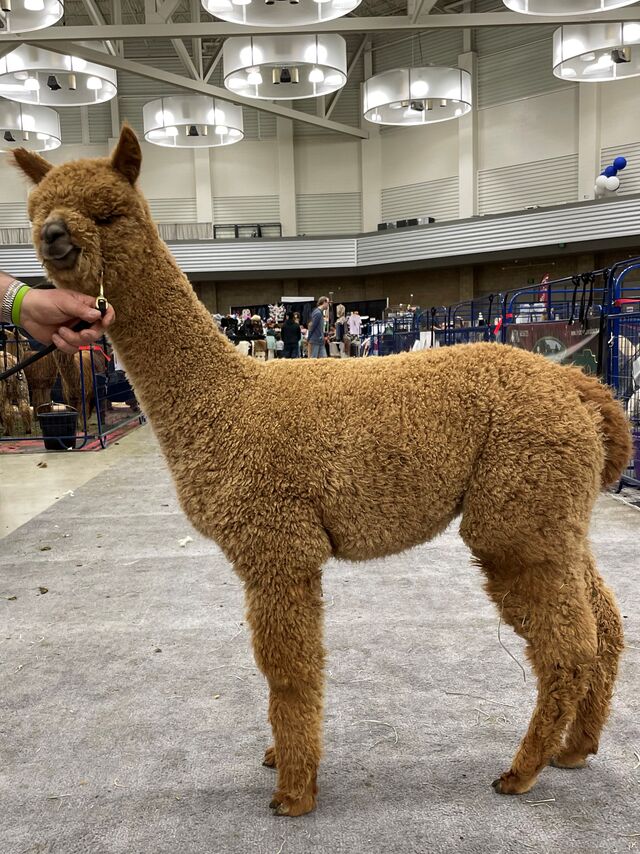 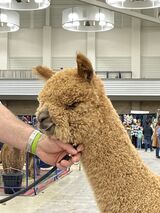 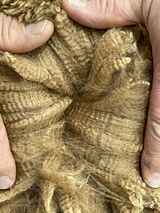 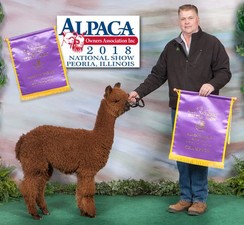 Ask a question
Details
Certificate
We purchased this little girl from Irish Meadow's after seeing her at the 2022 National's where she took 1st place in her juvi class at just 7 months old. Looking at her conformation, great bone and amazingly soft, dense and uniform fleece, we knew she would be a stellar addition to our breeding program.
Wren will be showing throughout fall '22 and spring '23, and then will be going to one of Irish Meadow's exceptional herdsires for her maiden breeding.
Wren is proudly co-owned with our Strong Shepherd partners, Randy & Karen Strong, K-Ran Alpacas.
Awards
2022: